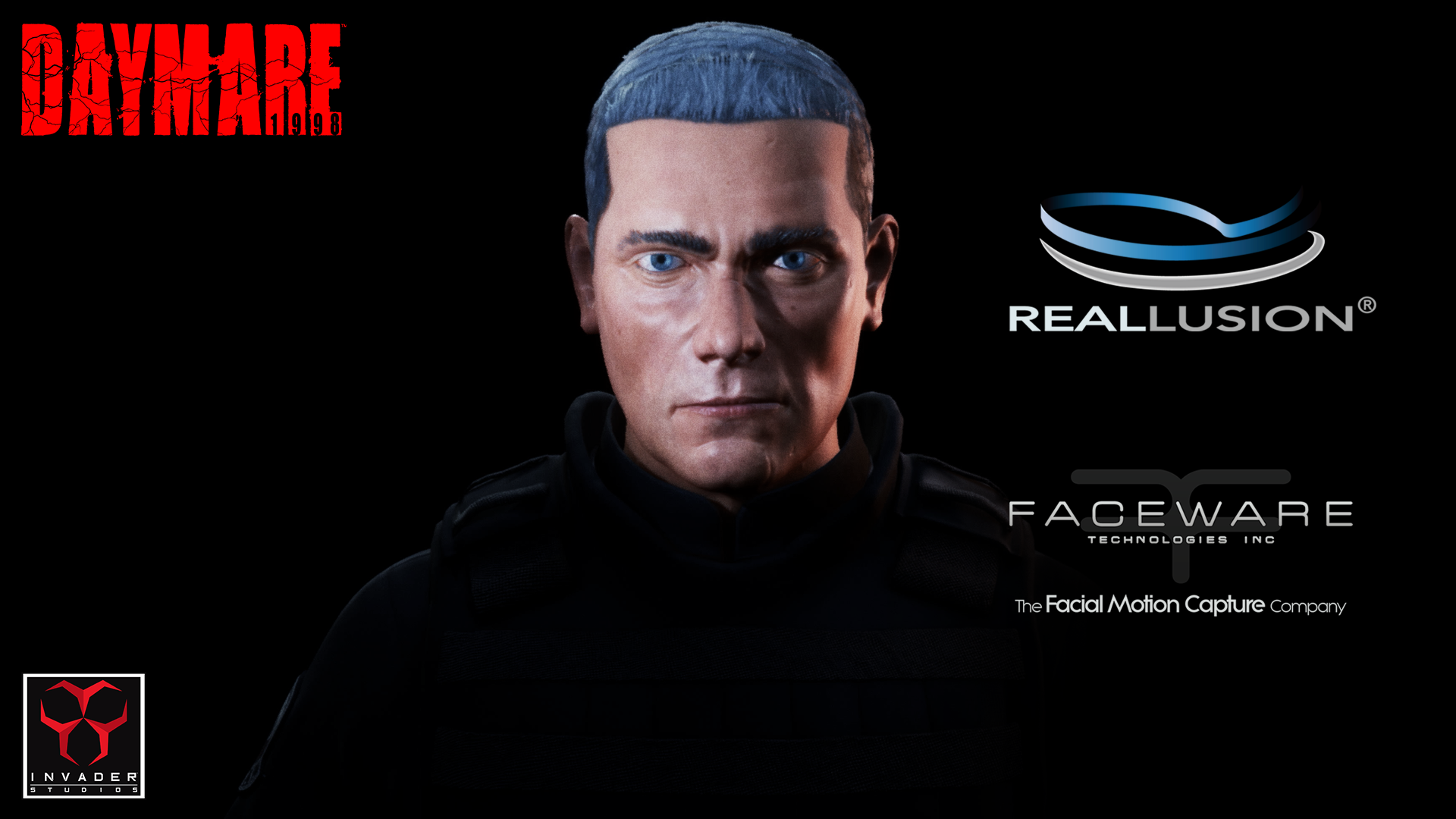 12/12/2017 Rome, ITA – Invader Studios from Italy, is an independent software house located in the Roman countryside. The company was officially founded in July 2016 by a group of young and ambitious game developers. The core team is made of more than 10 professionals with external collaborators working remotely from different regions.

After the worldwide resonance of our Resident Evil 2 unofficial remake, and our meeting and support from Capcom Ltd. in Osaka, Japan we at Invader Studios are currently working on our first cinematographic survival horror IP developed with the Unreal Engine 4 titled: Daymare: 1998, which is planned to be released in 2018 on PC, Xbox One, and Playstation 4.

Today, Invader Studios would like to announce that thanks to Reallusion’s iClone Faceware Facial Mocap, Daymare: 1998 will be more cinematographic than ever as this animation technology has enabled us to streamline the production of our first, third person survival horror IP.

As you can see in the video, Reallusion’s iClone Faceware technology is giving us fantastic advantages. These software tools are incredibly fast, high-quality, and  remarkably affordable. A true AAA technology potential for all indie videogame development studios like us.

Manually key framing several facial animations is long and expensive, and the iClone-Faceware tool is a panacea and exactly what game developers have been looking for. Its price point is very accessible for indie game studios (under $1K) and the entire iClone ecosystem (Character Creator, 3DXchange and the rest of the tools) work great with 3rd party game engines (Unreal Engine, Unity, etc.)

“The iClone Animation Pipeline was designed to fulfill the needs of indie game studios everywhere by providing fast, and highly-practical 3D animation tools at arms-length of any budget. We are proud to support talented teams like Invader Studios who show exciting game projects on the horizon.” – Enoc Burgos / Reallusion Partnership Marketing Manager

At Invader Studios, we are fortunate and very happy to receive support from Reallusion, and share encouraging words with all our colleagues and videogame development studios worldwide.

Thank you so much

About Invader Studios: http://invaderstudiosofficial.com – Invader Studios™ (formerly Invader Games) is an indie software house based out of Rome, Italy. Since its foundation, Invader Studios has taken part and held many workshops and seminars for game developers in international events like Microsoft Meeting Milan, Milan Games Week, Codemotion, Google Dev Fest, Let’s Play, Svilupparty and in the role of a training partner for the DigitalBros Game Academy.

The studio also worked on an unofficial remake of Capcom’s 1998 classic Resident Evil 2, which has drawn more than 1 million views on YouTube. The group received an invitation from Capcom to visit their headquarters in Osaka, Japan. Currently, the team is focusing on the production of its first survival horror game, “Daymare: 1998”™ (3rd Q 2018 – PC Steam, Xbox ONE and PlayStation 4) as well as a virtual reality game for Oculus Rift and HTC Vive.